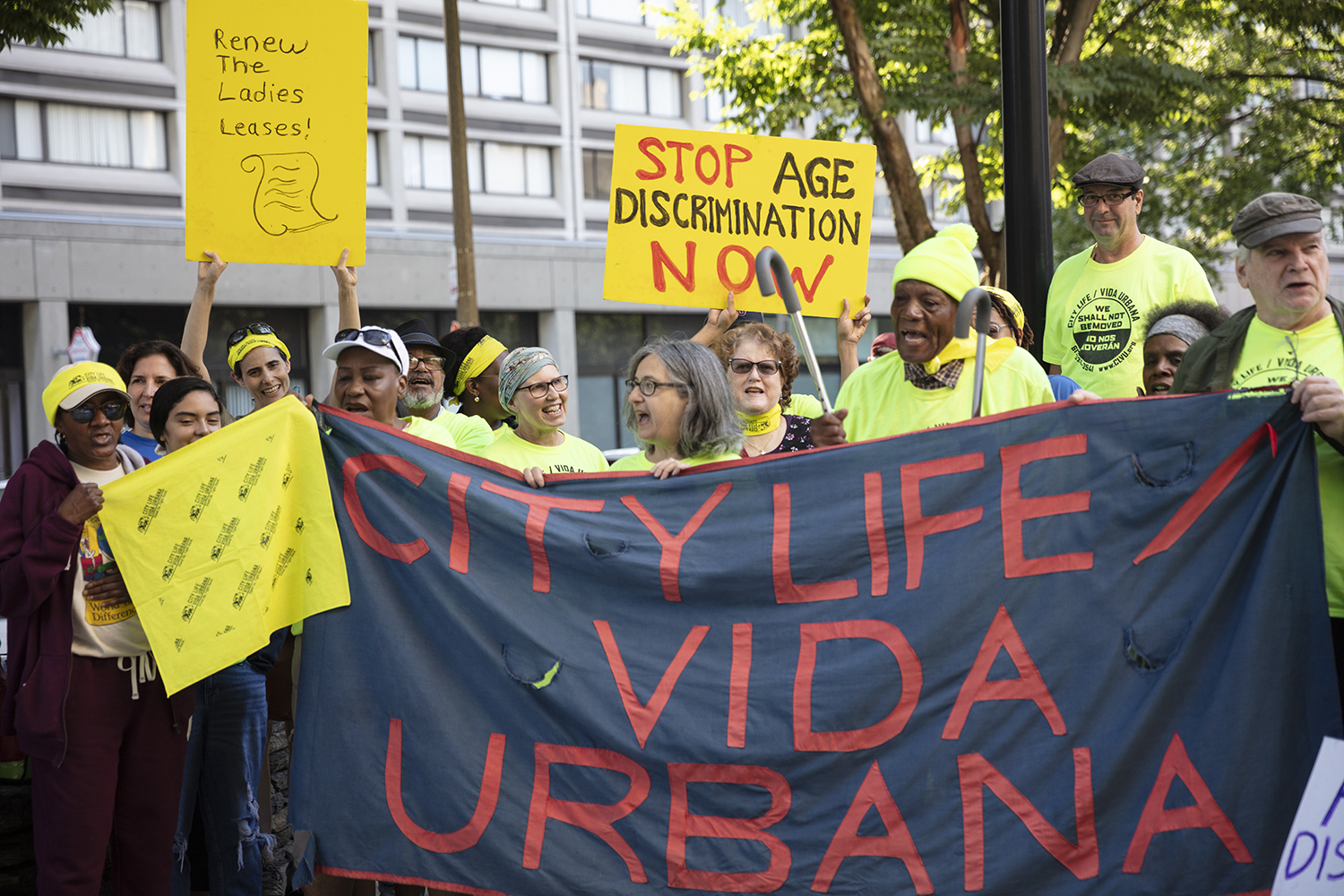 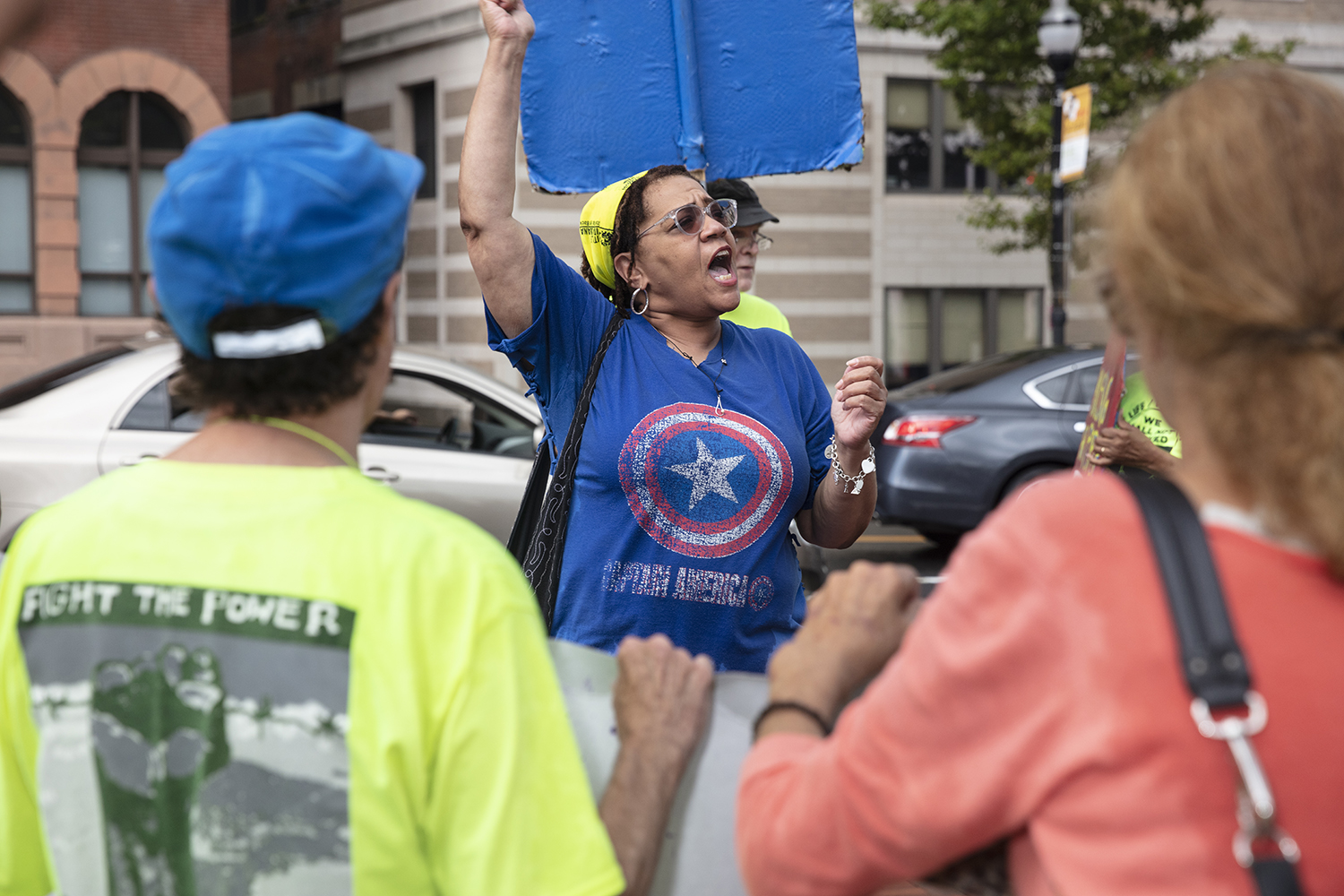 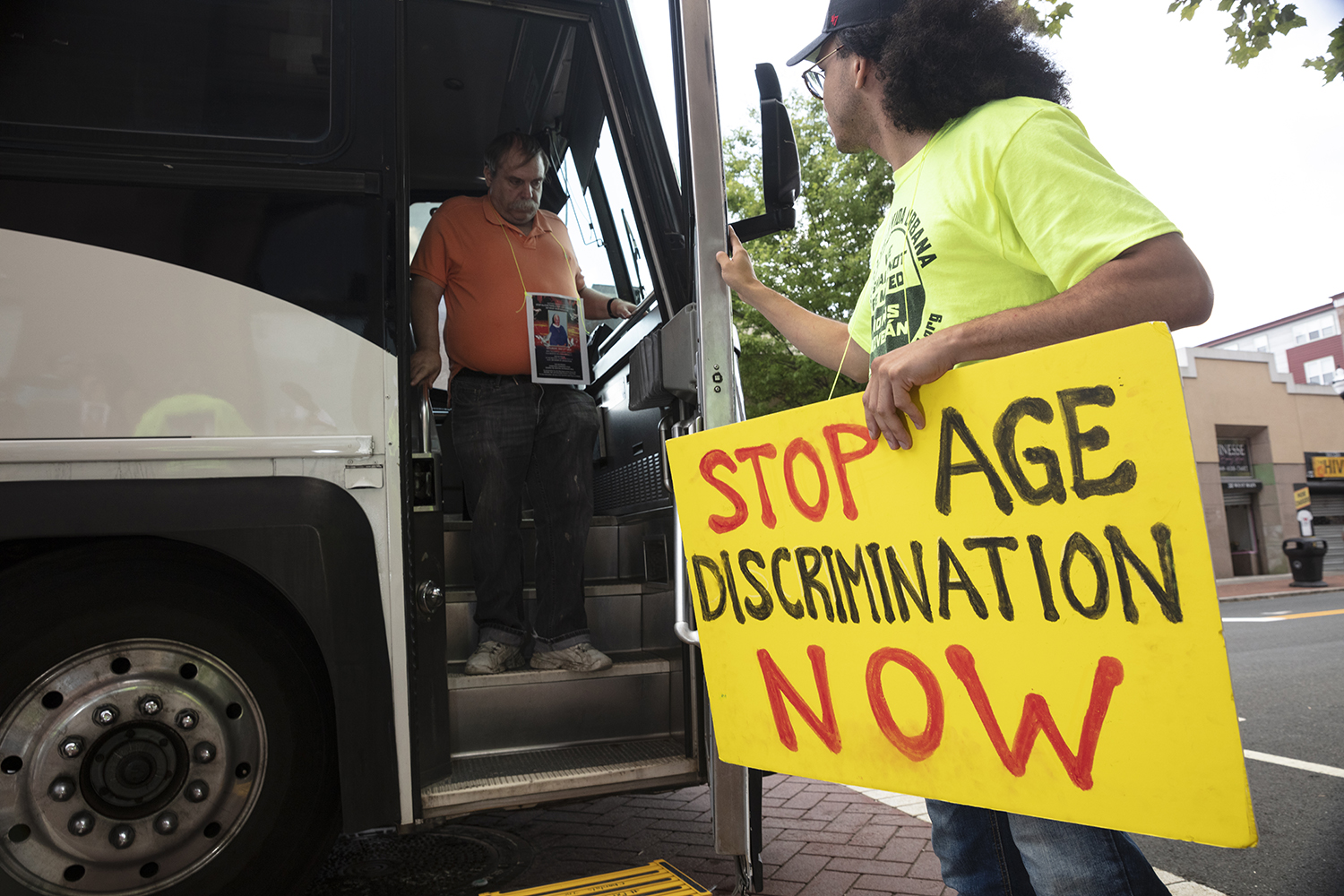 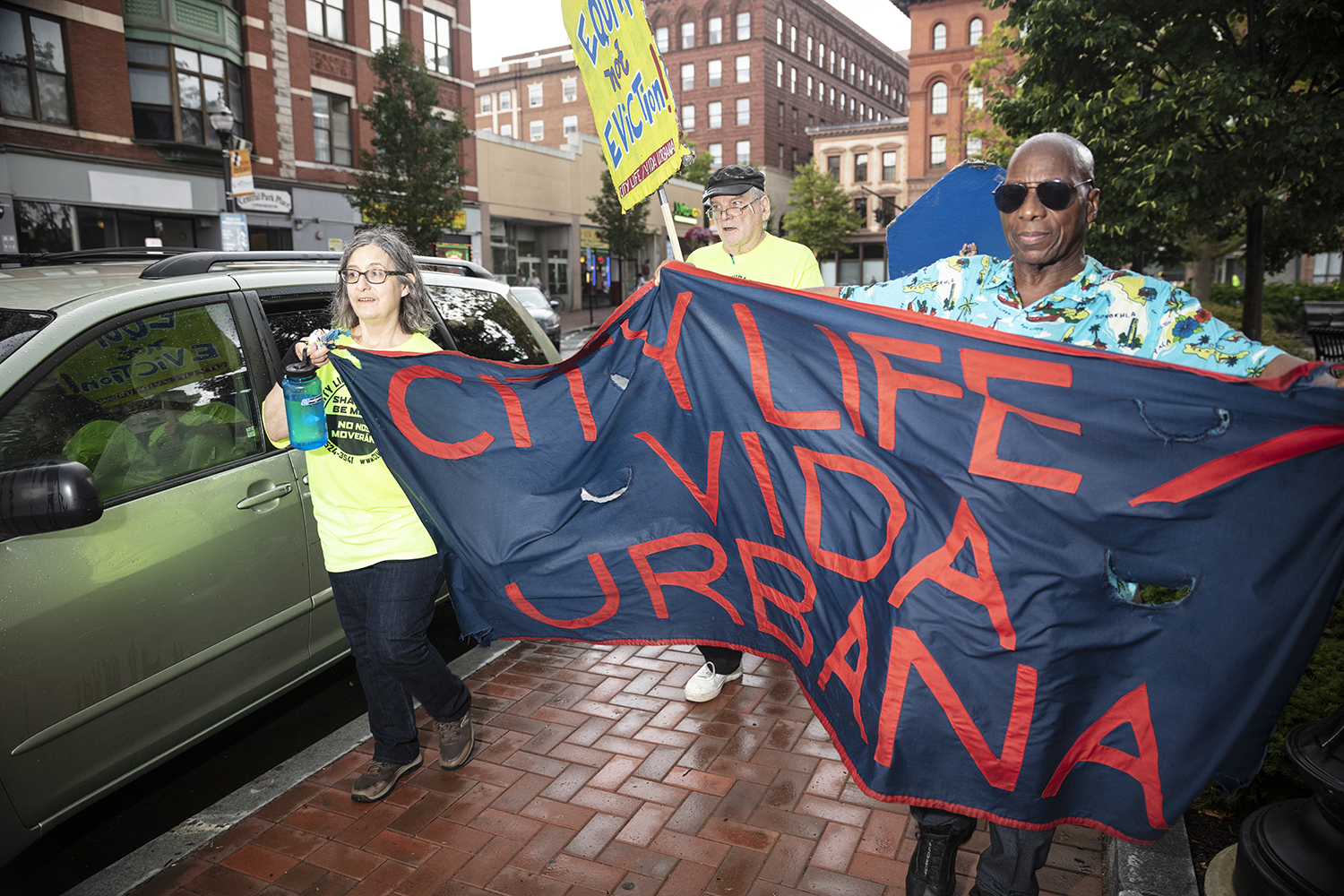 Our Spring 2019 fundraising drive, Give to The Heart of The City, was a big success!

This June, we launched our biggest spring fundraising campaign in City Life history. Over the last two years, over 70 of our members and community have gone through our Radical Redistribution training and gained the skills we need to be grassroots fundraisers. By building our organization with small donations focused in our communities, we’re able to ensure that City Life has full autonomy to fight for real and systemic change. 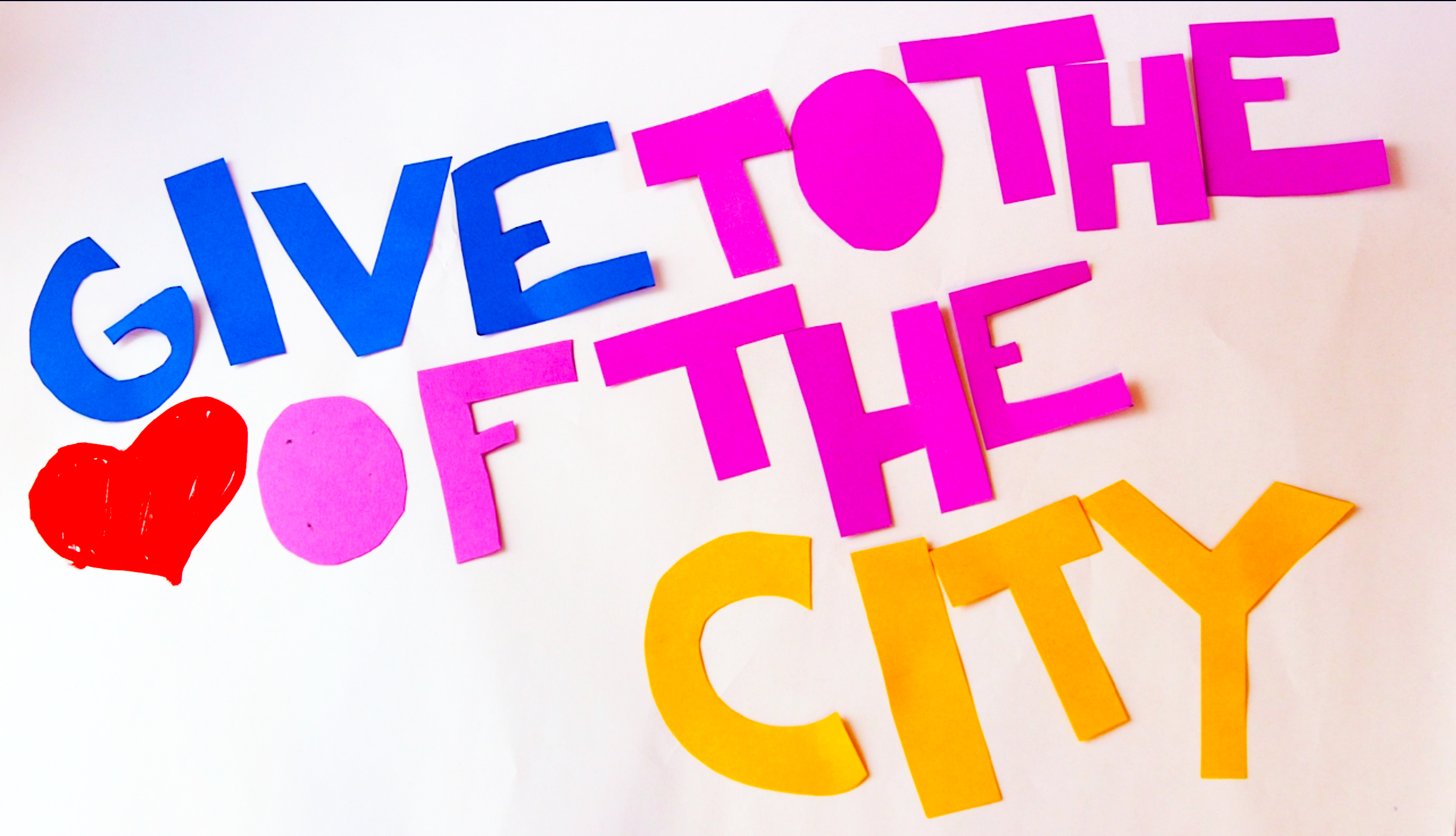 We went in to our spring fundraiser with an optimistic goal of raising $30,000 from grassroots fundraising efforts. This was especially challenging because we didn’t have a huge fundraiser event like we did last year, so if we were going to meet our goal, we needed to try something different, and we did a lot:

And it paid off!

Thank you to everyone who participated, volunteered, donated, and shared our posts on social media. We couldn’t have done this without you. 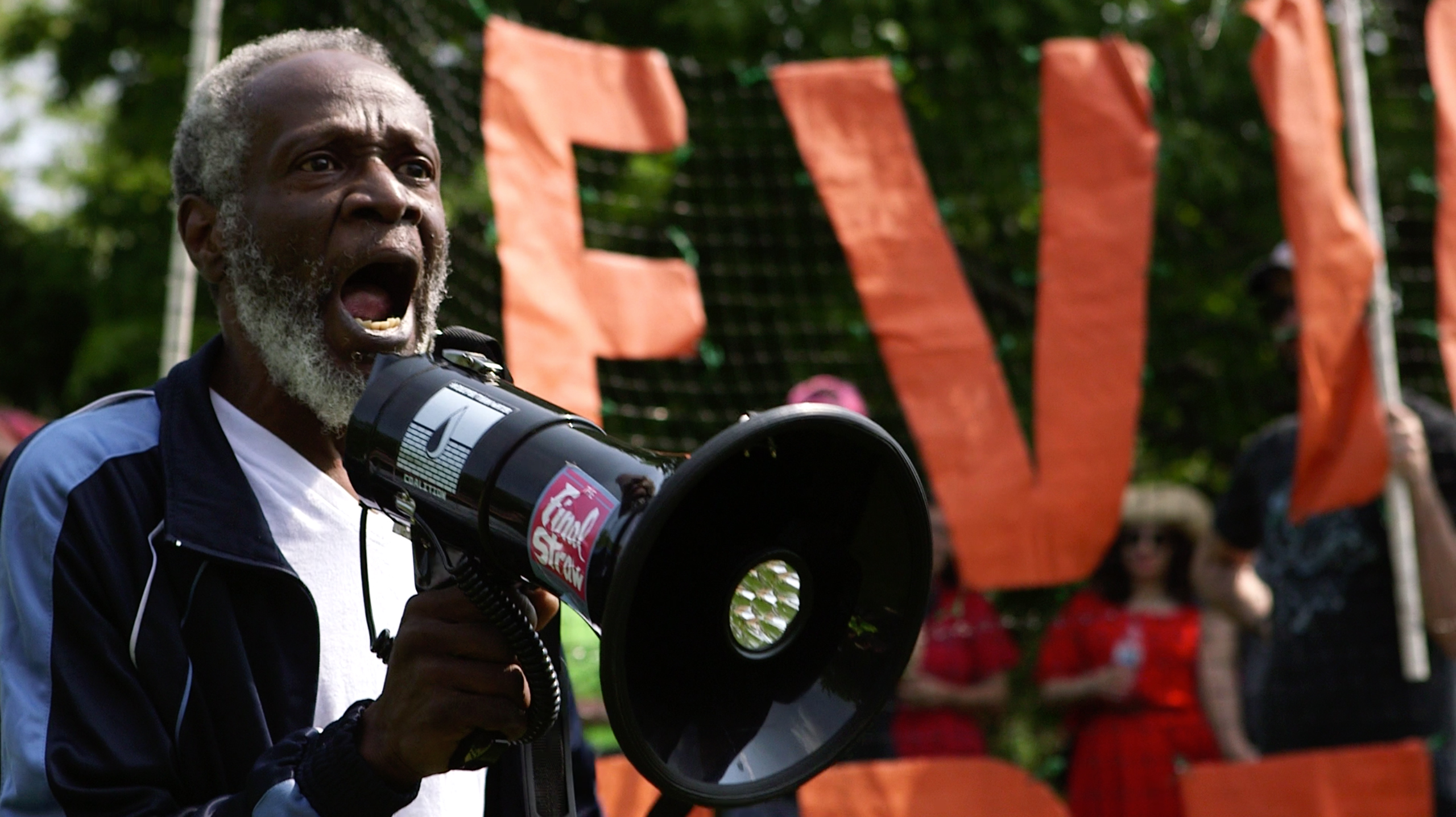 When you have moldy walls, flooding, and carpet from the last millennium - AND get retaliatory rent hikes and eviction notices for complaining - what do you do? ORGANIZE! Thanks to the 100+ people who came to the Stony Brook Village Tenants Association's rally on June 2nd, 2019. People power is what it takes to send the message to Lincoln Ave. Capital and Sawyer Realty Holdings: NEGOTIATE!

The Stony Brook Tenants Union formed in November 2018 to fight against the unhealthy housing conditions, rent increases, and evictions at Stony Brook Village in Hyde Park, a subsidized apartment complex. Since that time, management (Sawyer Realty Holdings, Newton, MA) and the landlord (Lincoln Ave Capital) have not addressed our complaints, and in fact have retaliated against many of us with exorbitant rent increases and unjustified evictions. Unrepaired mold, pests and other dangerous conditions in our homes are damaging to our health, and the constant rent increases above the subsidized payment standard are threatening to displace us. 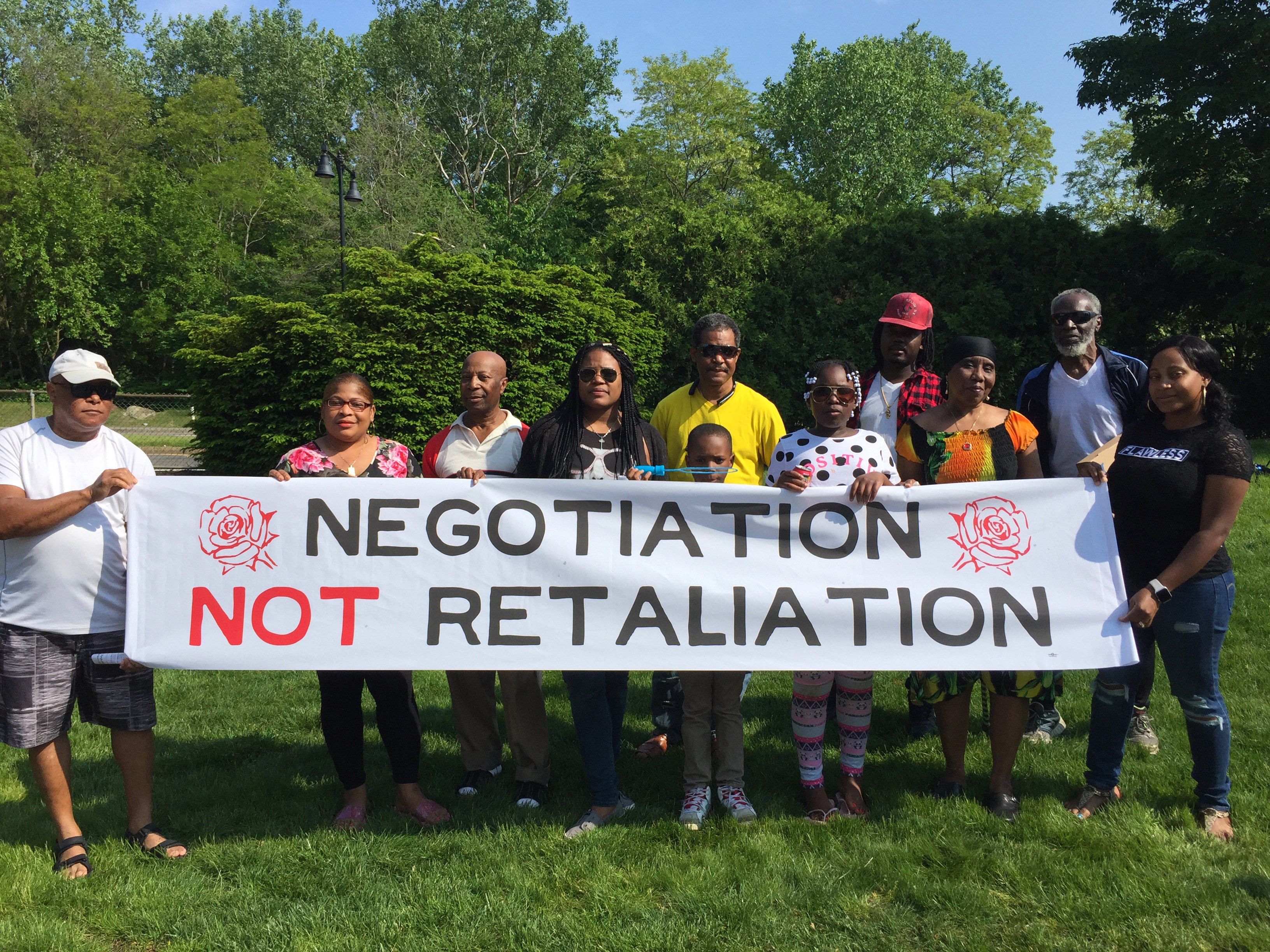 SBTU has sent multiple open letters to the landlord and management laying out these problems, the latest was co-signed by 50 tenants of Stony Brook Village, representing half of the units in the building, and there has been no response! Lincoln Ave. Capital: meet with the union and meet our demands!

Get your feet in the street and show solidarity with people around the Boston area facing eviction! Sign up for our Action Alert List HERE.

Build real solutions to Boston’s displacement crisis, led by the people most impacted.

Tired of neighbors, friends and family getting displaced? Think the rent is too damn high? Tired of widespread luxury development? Then JOIN US for a Boston assembly to build a people’s plan for equitable development and an end to displacement.

Hosted by Right to the City Boston and our Homes For All local partners and allies. 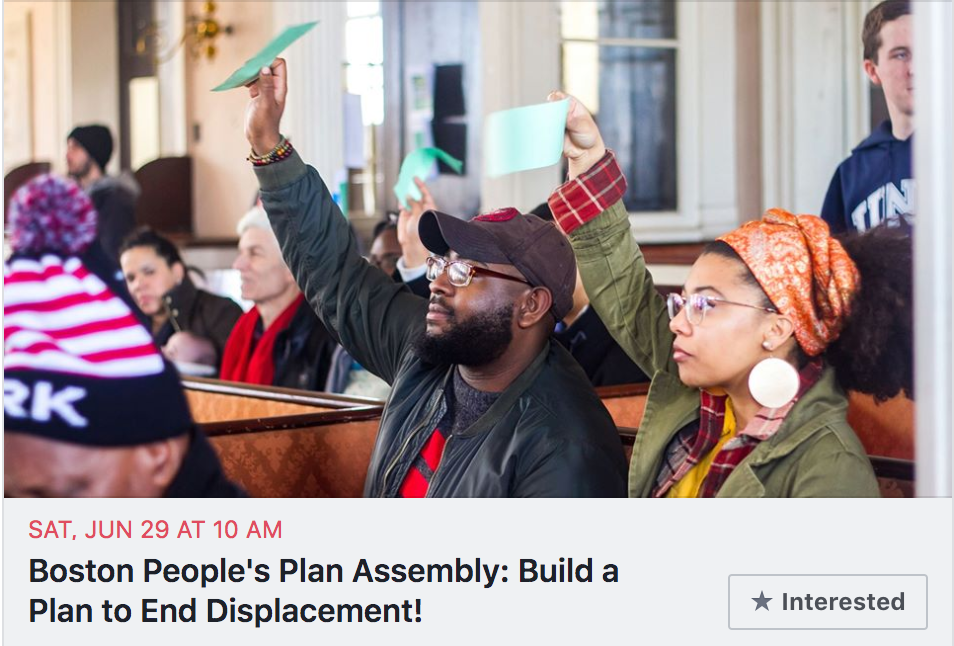 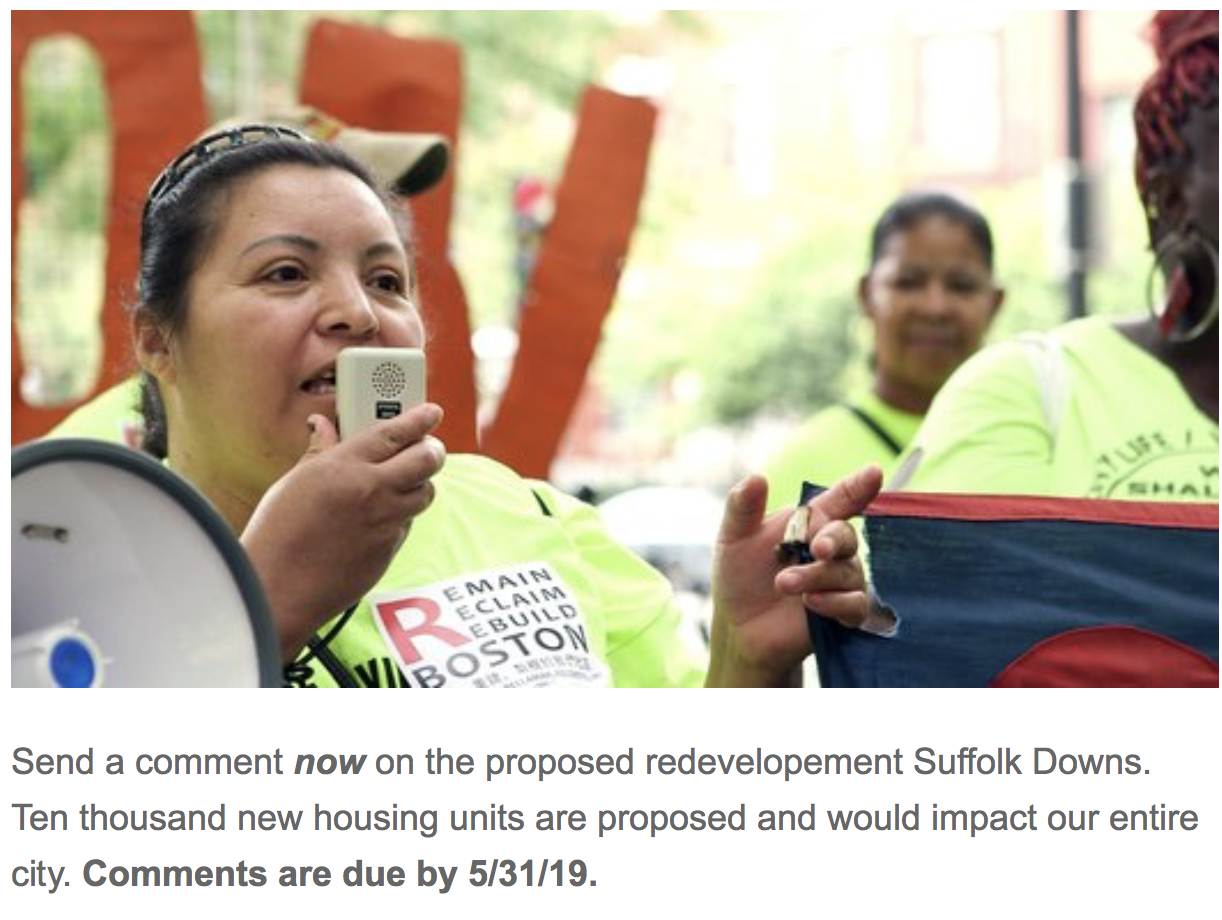 The 10,000 new units of housing proposed by HYM Investment Group for the former Suffolk Downs race track would, in essence, add an entire new neighborhood to Boston. It's impact would be acutely felt in the predominantly working class immigrant neighborhood of East Boston.

1. Mayor Walsh: Slow down the process! Work with housing advocates and residents to address our concerns.

3. Mayor Walsh and Tom O'Brien: Work with housing justice advocates and residents on creating a displacement mitigation plan that will keep East Boston families in our homes. In another part of the city, the Fairmount Corridor, the mayor pledged to protect the housing of all residents at risk of displacement. You both have a responsibility to protect all Eastie families.

4. Mayor Walsh and Tom O’Brien: Ensure that weather-resistant green spaces like the parks, bike lanes, and outdoor theater are publicly visible and accessible for all neighborhood residents to use.

City Life's work with older women fighting eviction at Our Lady's Guild House was featured on the front page of The Boston Globe. We're on the ground supporting the women alongside Fenway Community Development Corporation. The nuns that own this large rooming house, The Daughters of Mary of the Immaculate Conception, have strayed from their mission of helping those in need and instead are operating much like the large profit-driven owners we deal with every day. After reading the article, SIGN THE PETITION in solidarity with these bold women - help us reach 1,500 signatures! 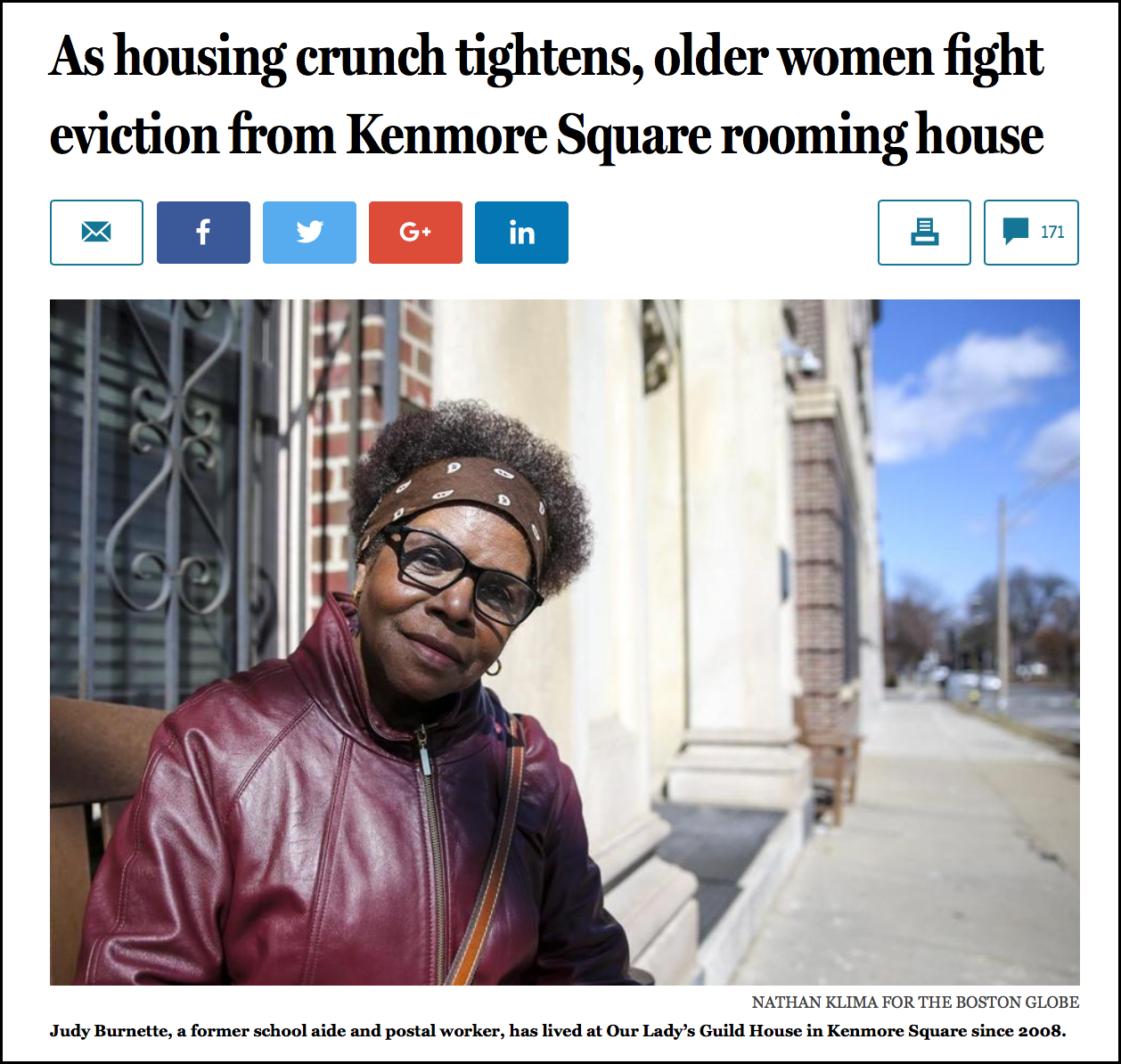 We're on WBUR's Radio Boston, talking about how the displacement crisis has hit Egleston Square. What does it take to stop the displacement of historically redlined immigrant neighborhoods like Egleston? Organizing for real affordability & tenant protections! 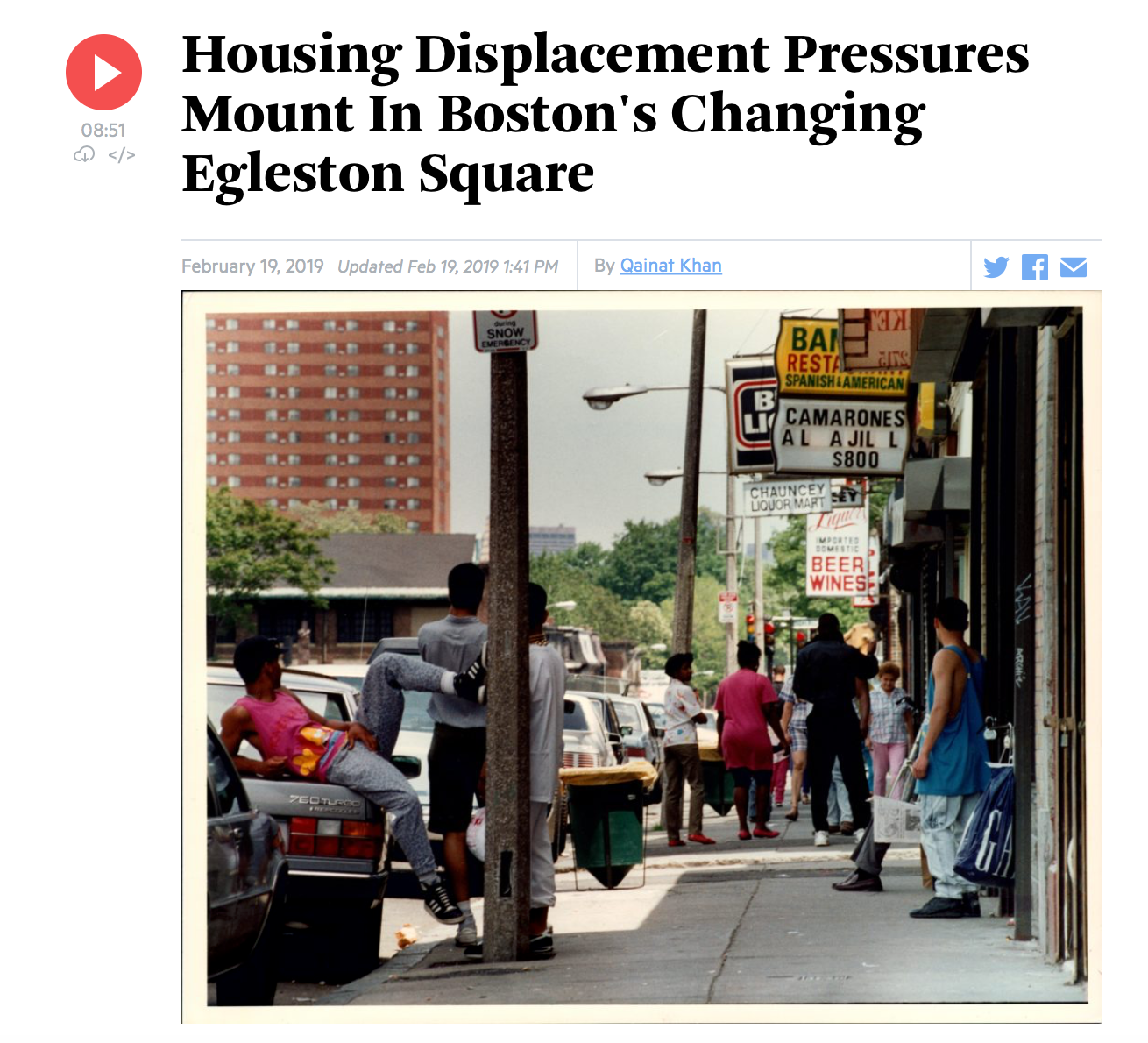 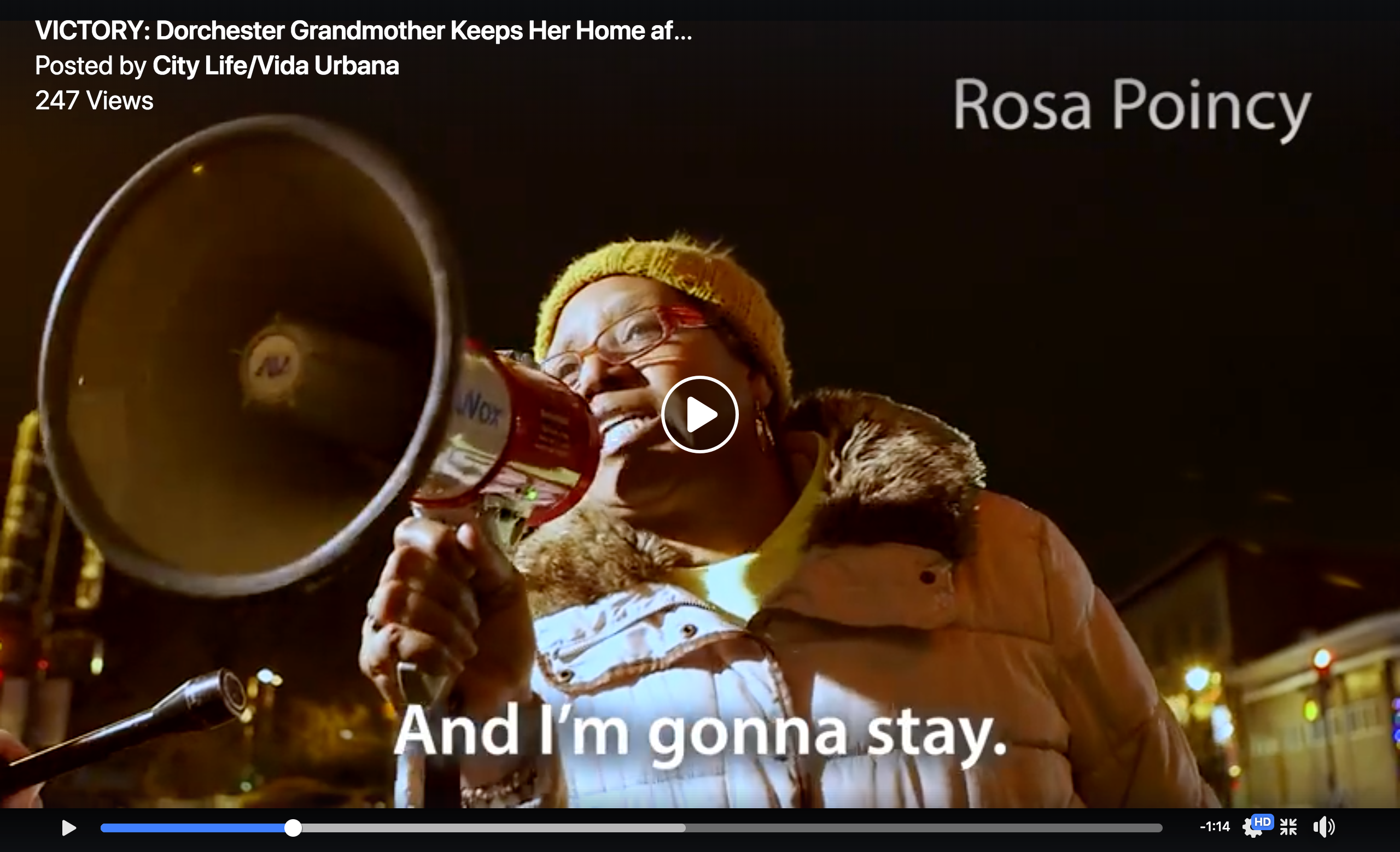 Video: We're Building A People's Plan for The Future of Housing in Boston

VIDEO RELEASE: What will it take to hold our communities together during Boston's displacement crisis? A PEOPLE'S PLAN for housing development, led by neighborhood residents on the frontlines of the crisis. WE'RE BUILDING IT alongside many partner organizations in Right to the City Boston. Sign up to get involved at reclaimboston.org. 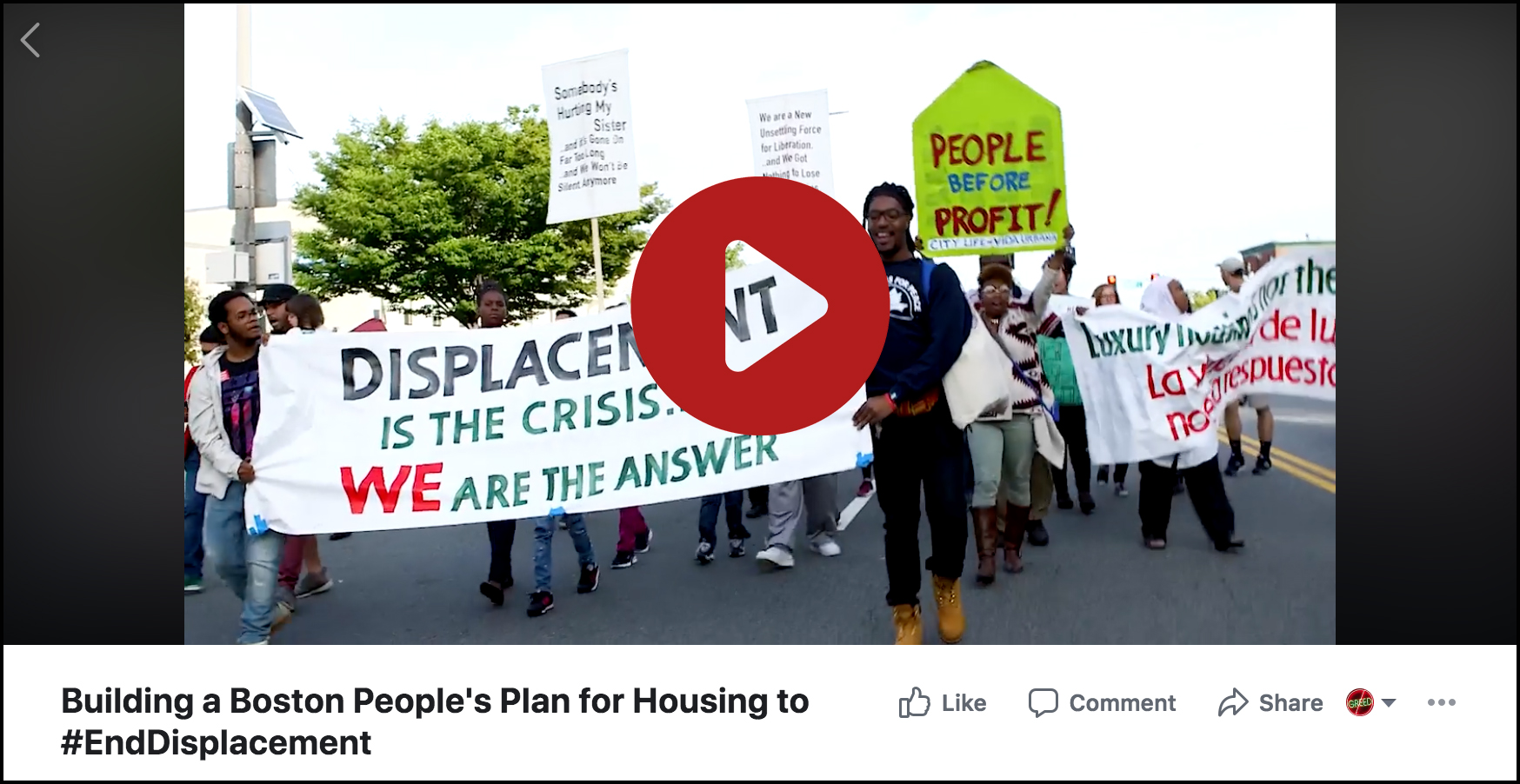