Saturday, September 22nd, 2018: Over 250 residents gathered for citywide assembly to build a People's Plan for housing development in Boston. Along with resident-led neighborhood groups Reclaim Roxbury, Dorchester Not for Sale, and Keep It 100 for Real Affordable Housing and Racial Justice and other Boston-based housing justice organizations in the national Homes for All campaign, we began drafting the plan. The assembly centered the needs of Bostonians on the front lines of the displacement crisis and proposals were generated by these residents. 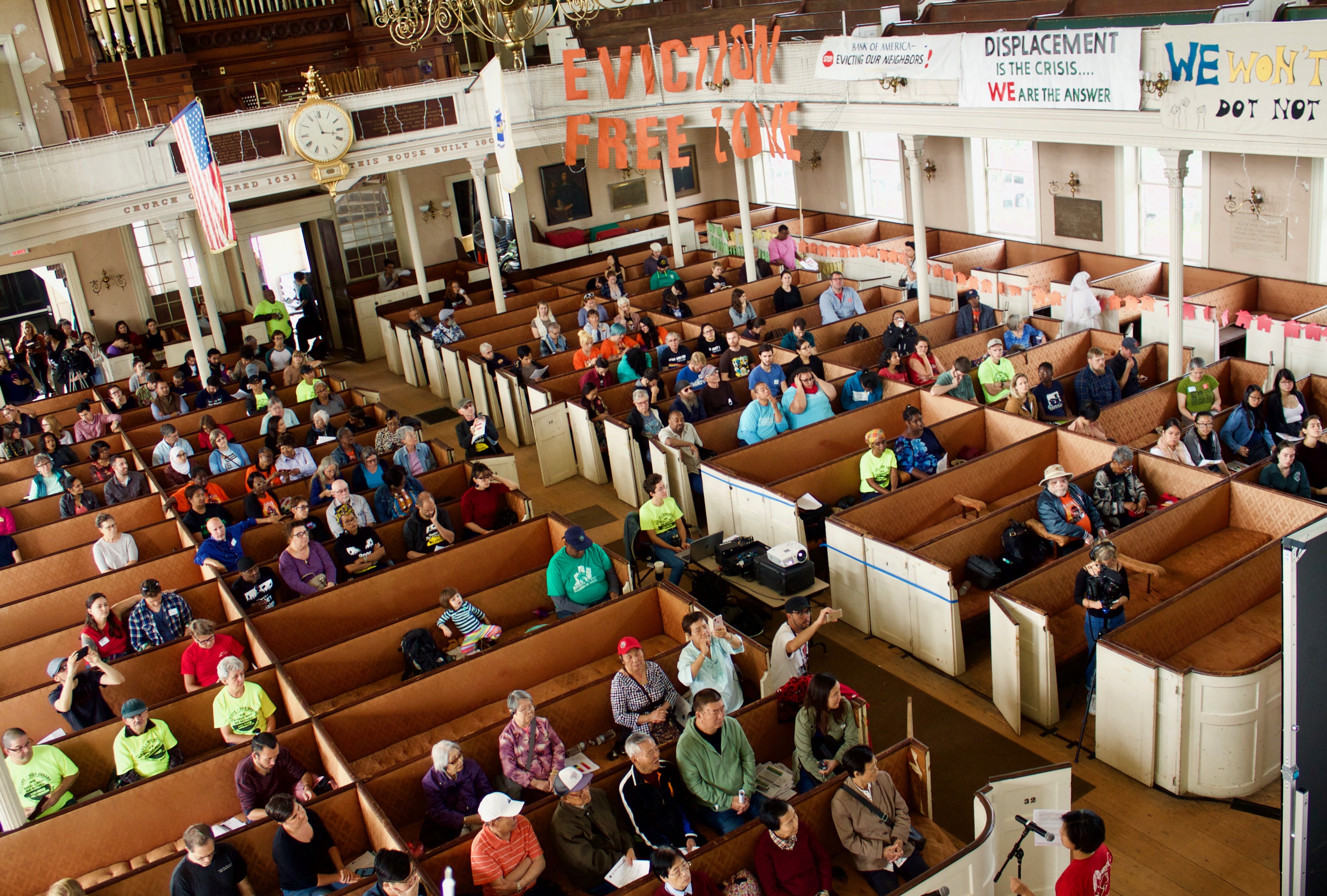 After the "People's Plan" assembly, participants marched to the national YIMBYtown ("Yes In My Backyard") conference of advocates for increasing housing supply. Despite a last-minute relocation of the scheduled plenary and an attempt by some YIMBYtown organizers to prevent protesters from entering, over 100 residents, many from Roxbury, boldly paraded in.

"I'm greeting you as a woman who grew up around the corner," Owens said. "I stand here as a member of the Homes for All coalition...The people most impacted by the displacement crisis must lead this housing movement, and anyone who believes differently is not an ally of racial justice," said Owens. 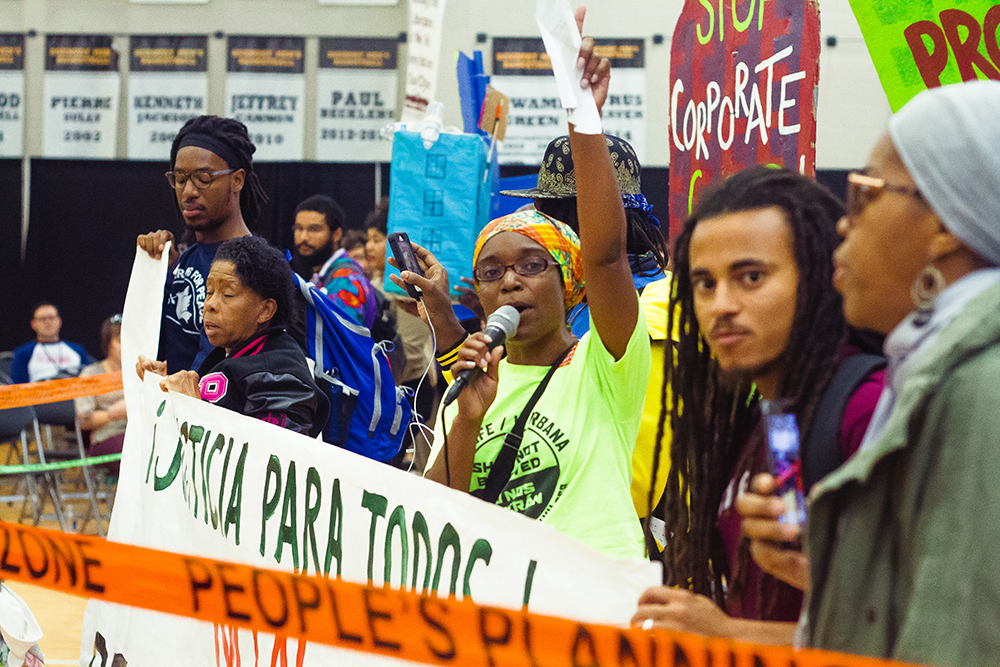 City Life/Vida Urbana has supported tenants - predominantly Latino and African American - in over 75 building-wide "clear-outs" in the past five years.

Owens then appealed to potential YIMBY supporters: "There are some people in the room that truly care about affordable housing. And unfortunately some who have taken on the YIMBY banner have been co-opted by people who want to put more money in developers' pockets," Owens said, referring to many YIMBYs' push for new luxury housing through deregulation.

The coalition of neighborhood and non-profit groups that organized the "People's Plan" assembly launched a pledge campaign on Monday, September 24th, via Twitter, asking YIMBYs in Boston and around the U.S. to support the campaigns of Bostonians in the grip of the city's historic surge of displacement.