Read our new report on eviction risk, produced in collaboration with research groups and non-profits nationally. The United States may be facing the most severe eviction crisis in its history. According to the latest analysis of weekly U.S. Census data, as federal, state and local protections and resources expire and in the absence of robust and swift intervention, an estimated 30–40 million people in America could be at risk of eviction in the next several months. 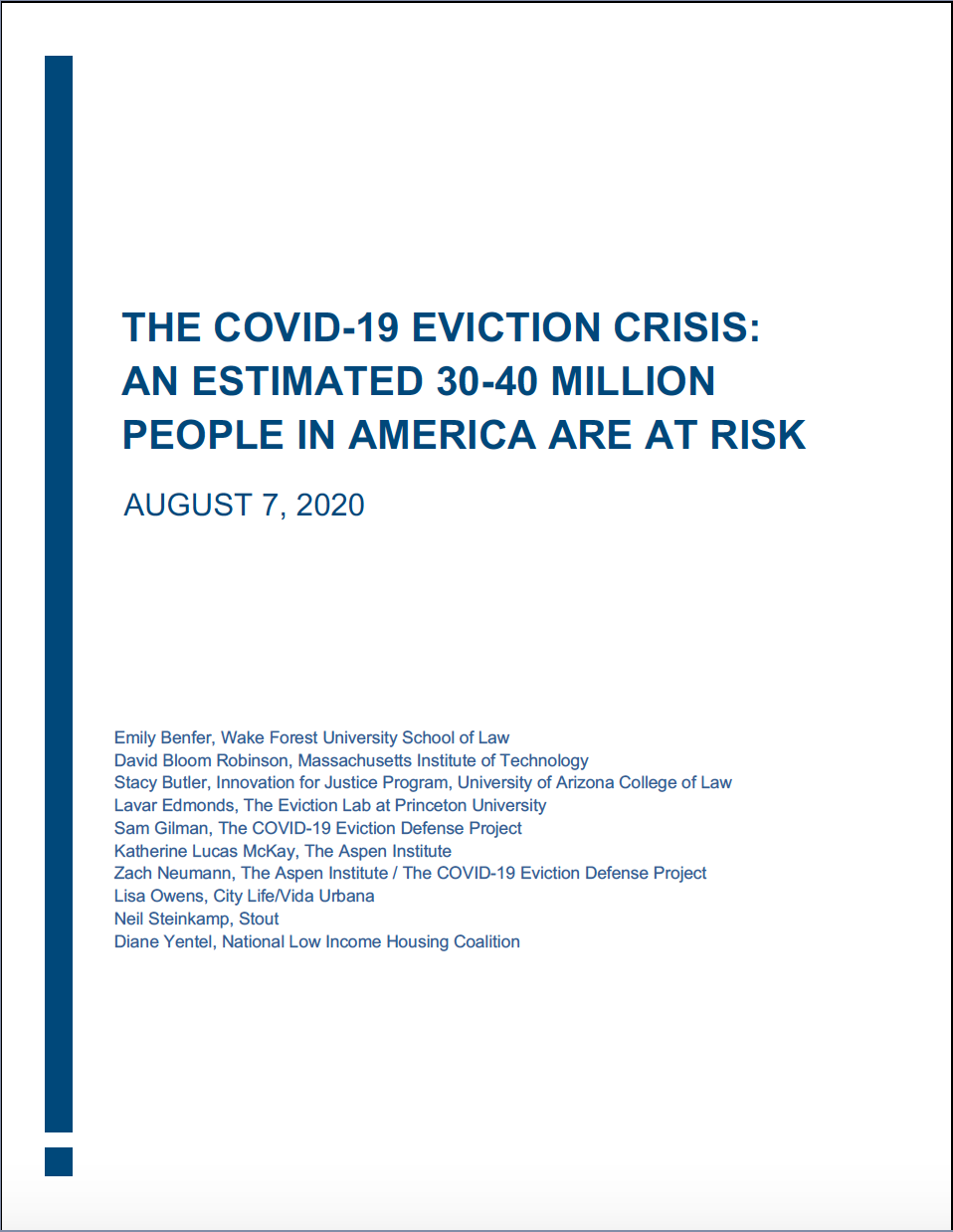