But this is a beginning, not an end. The Jim Brooks Act is a home-rule petition, so it must now pass the Massachusetts state legislature. We're organizing so that will happen ASAP. And, since this Act is one small step on the longer road to stopping Boston's displacement crisis, we're also engaging our leaders on the front-lines of the crisis to envision stronger solutions - and we're building toward those solutions. Check out our photos on Facebook by clicking below! 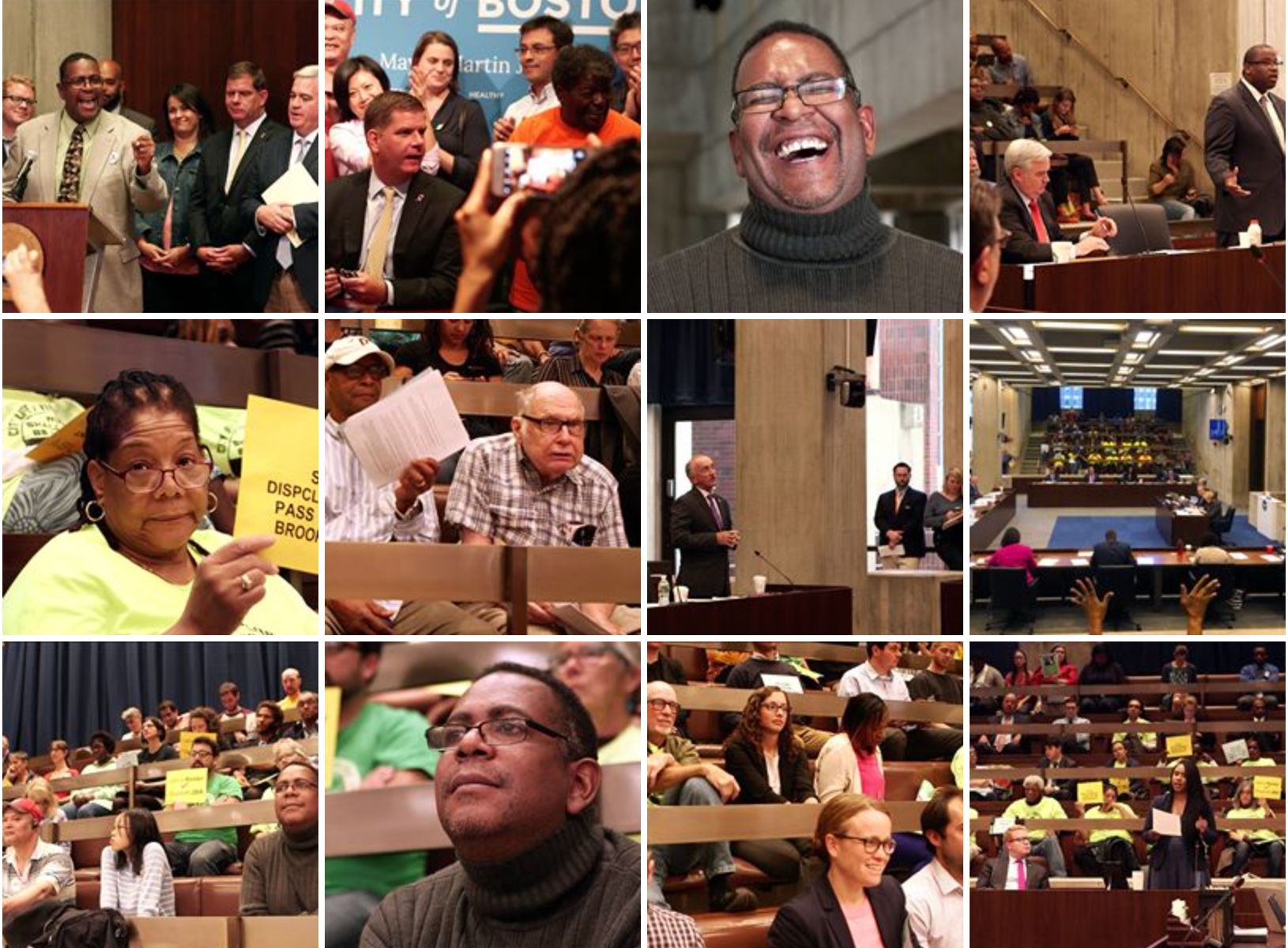