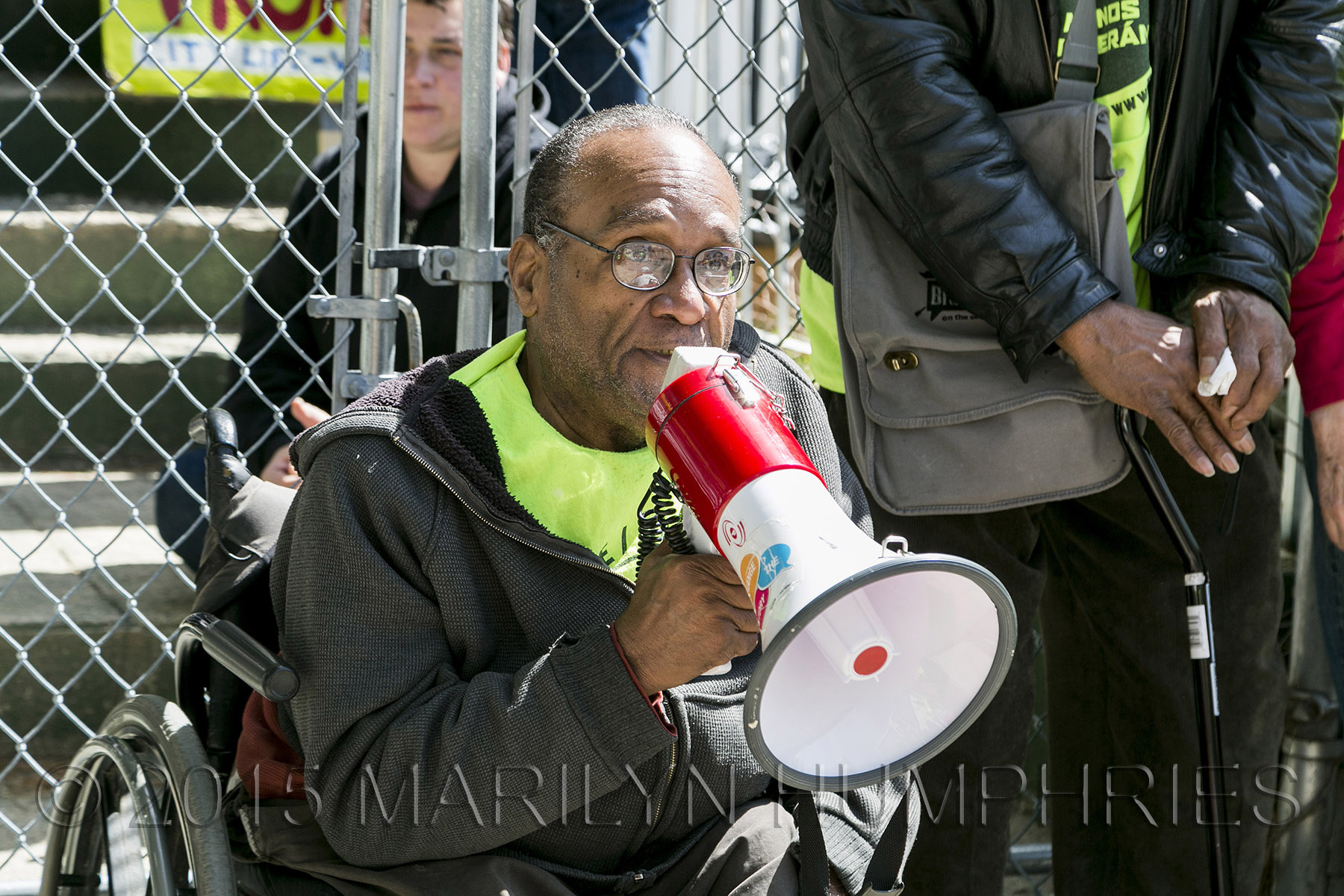 Alma Chislom came to City Life as a tenant living in a foreclosed building. She currently serves on the Executive Committee of CL/VU's member Leadership Team and as a Community Land
Trust (CLT) Ambassador, bringing together other CLT residents, to educate and encourage them so that they can to participate actively in governing their housing. She will also build knowledge and awareness about the CLT model through outreach. Her current professional role leading a team in the healthcare field and especially her experience as a single mother of five have enabled her to practice and refine skills of building unity, listening, and teaching which she brings to her leadership roles here.

Alejandra De La Cruz, a native of Peru lives in East Boston with her husband and 3-year-old daughter. She came to CL/VU when the new owner of her building sought to evict her and her family.
Organizing with CL/VU's North Side Organizer and members, Alejandra has continued to defend her home. Prior to involvement with CL/VU, Alejandra fought for equal rights for girls in Peru and volunteered with the East Boston Mutual Aid group, Apoyomutuo, to distribute food.

Laura Foner has been a CLVU member since 1977, veteran community activist for over 40 years. Program experience Working closely with many schools, day care and after school programs, families, and other community organizations.

Heather Gordon-Gayle (Vice Chair) has been a Jamaica Plain resident since 1984. She became a member of CLVU in 2009 while fighting her own housing issues. Heather became a vital and vocal leader of the movement; and has served on the Executive Committee of the member Leadership Team. She was a fund accountant in the financial industry for over thirty-five years.

Carolyn Lomax (Chair) is the CL/VU Board Vice President. Carolyn has lived in Dorchester for more than 30 years and has been self employed as a cosmetologist for more than 20 years. She came to her first City Life/Vida Urbana meeting in October 2009 and became a member in March 2010. She is a member of the Executive, Finance and Membership Committees.

Rebecca Ramer is a clinical social worker and yoga teacher, currently parenting her twin infants full time. She has been volunteering with City Life since Fall 2013.

Maura Russell (Treasurer) is a member of the Dorchester-Roxbury Labor Committee, Board Member of Community Works (serves as Treasurer). Past Executive Director of Women in the Building Trades. Founder of the Association of Self Employed Tradeswomen.

Lara Shkordoff has been engaged in organizing and activism for over 15 years and became involved with CL/VU in 2015 in order to address the housing crisis in Boston and fight for racial justice. Since then, she has provided volunteer legal services at Tuesday night housing meetings and serves on the Leadership Team. She lives in Dorchester with her husband and son.

Mike Wolfson (Secretary) is a community member, and past Board member of Jamaica Plain APAC. He serves on the Fundraising Committee.