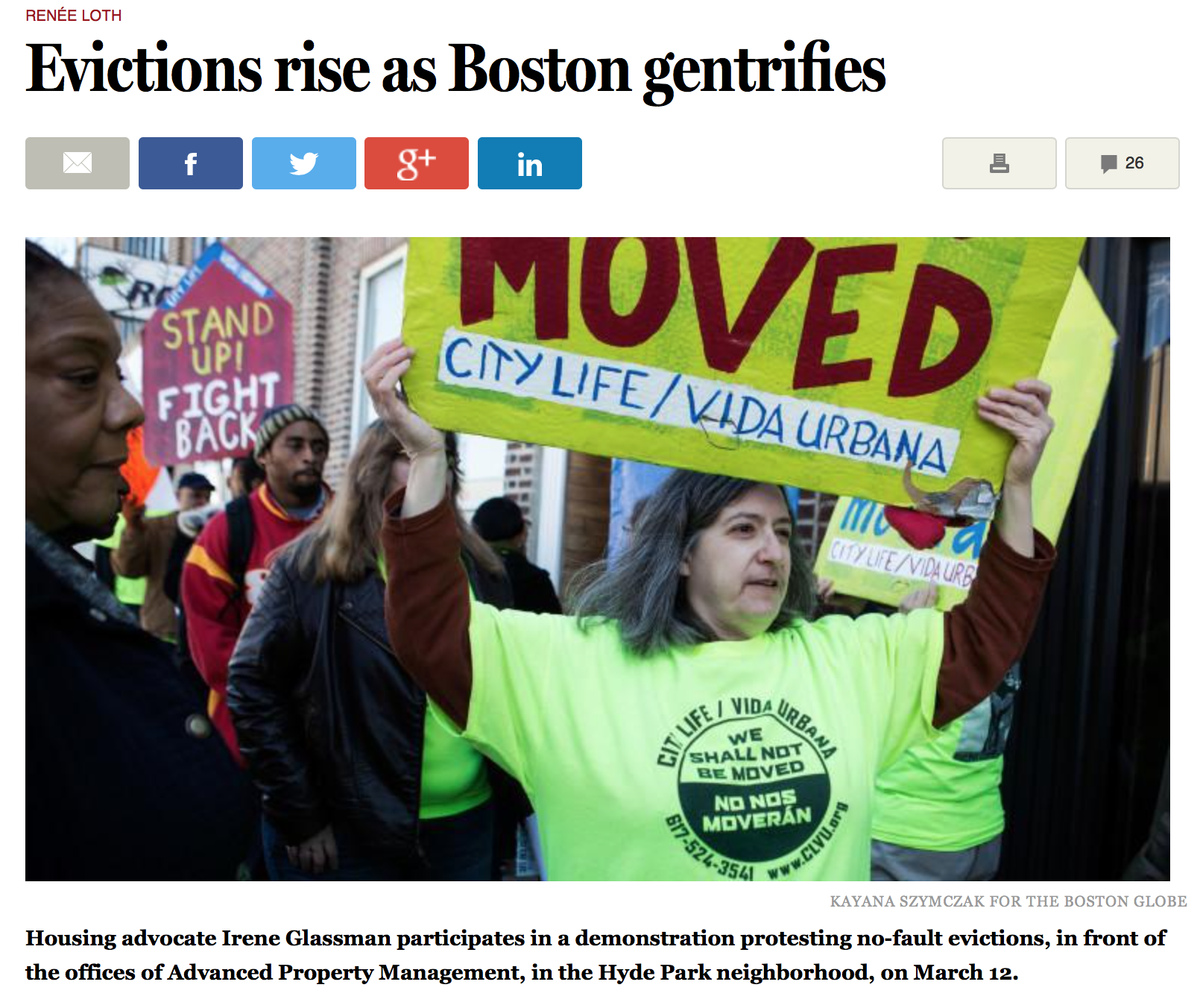 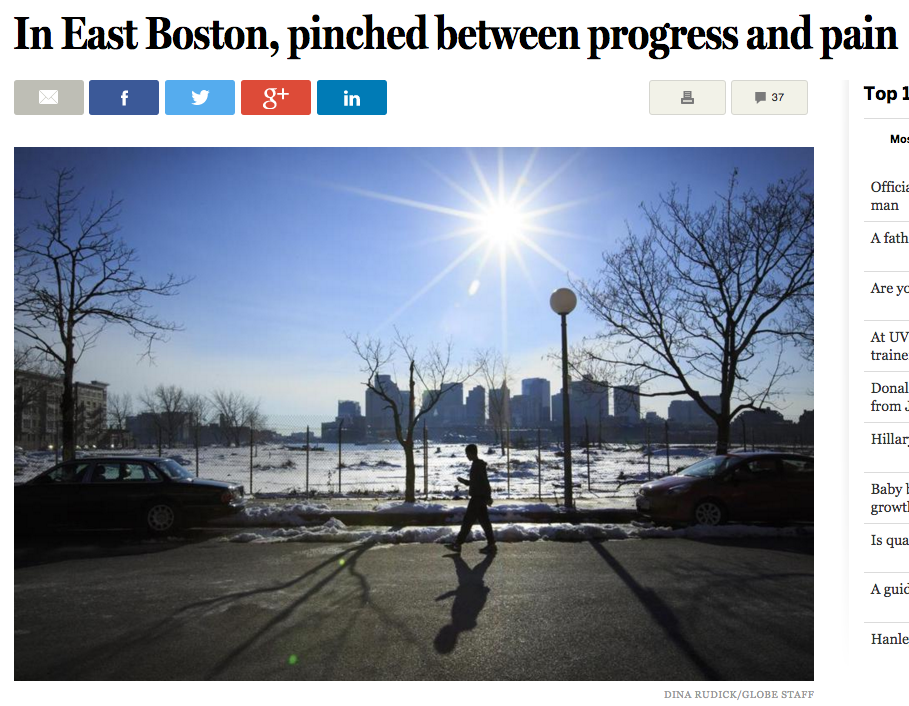 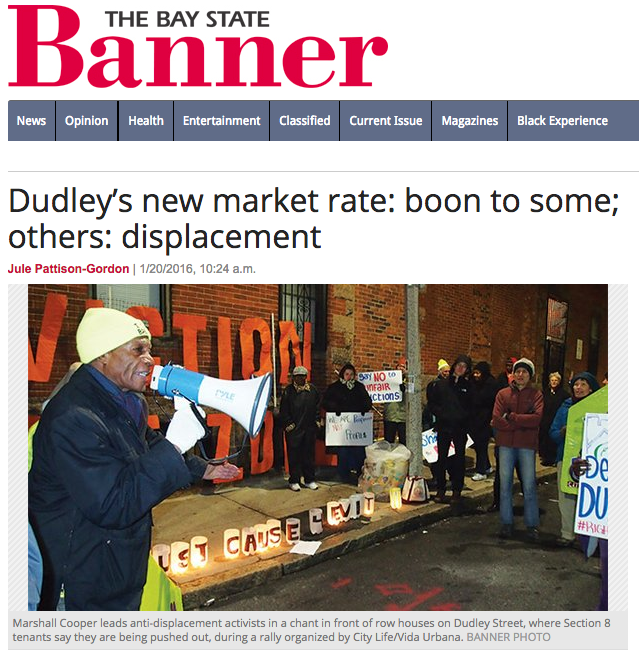 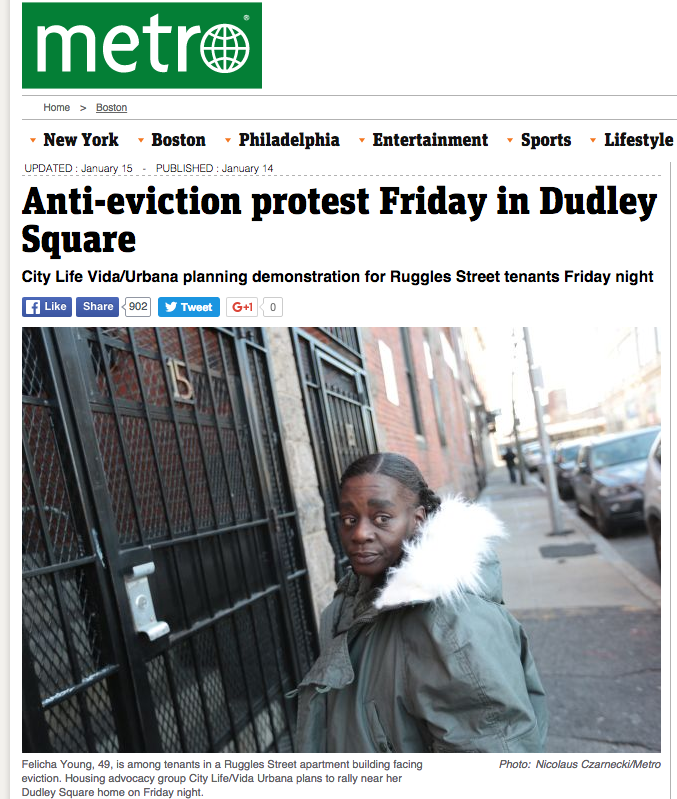 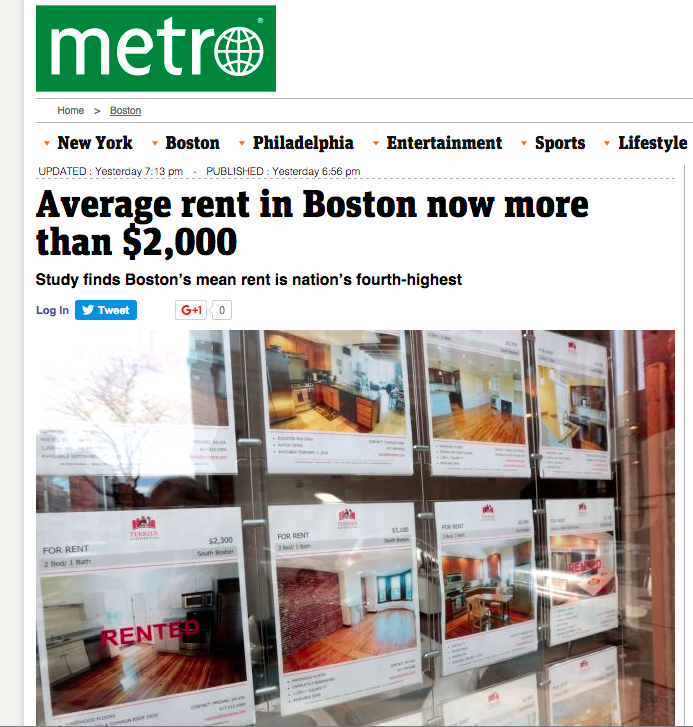 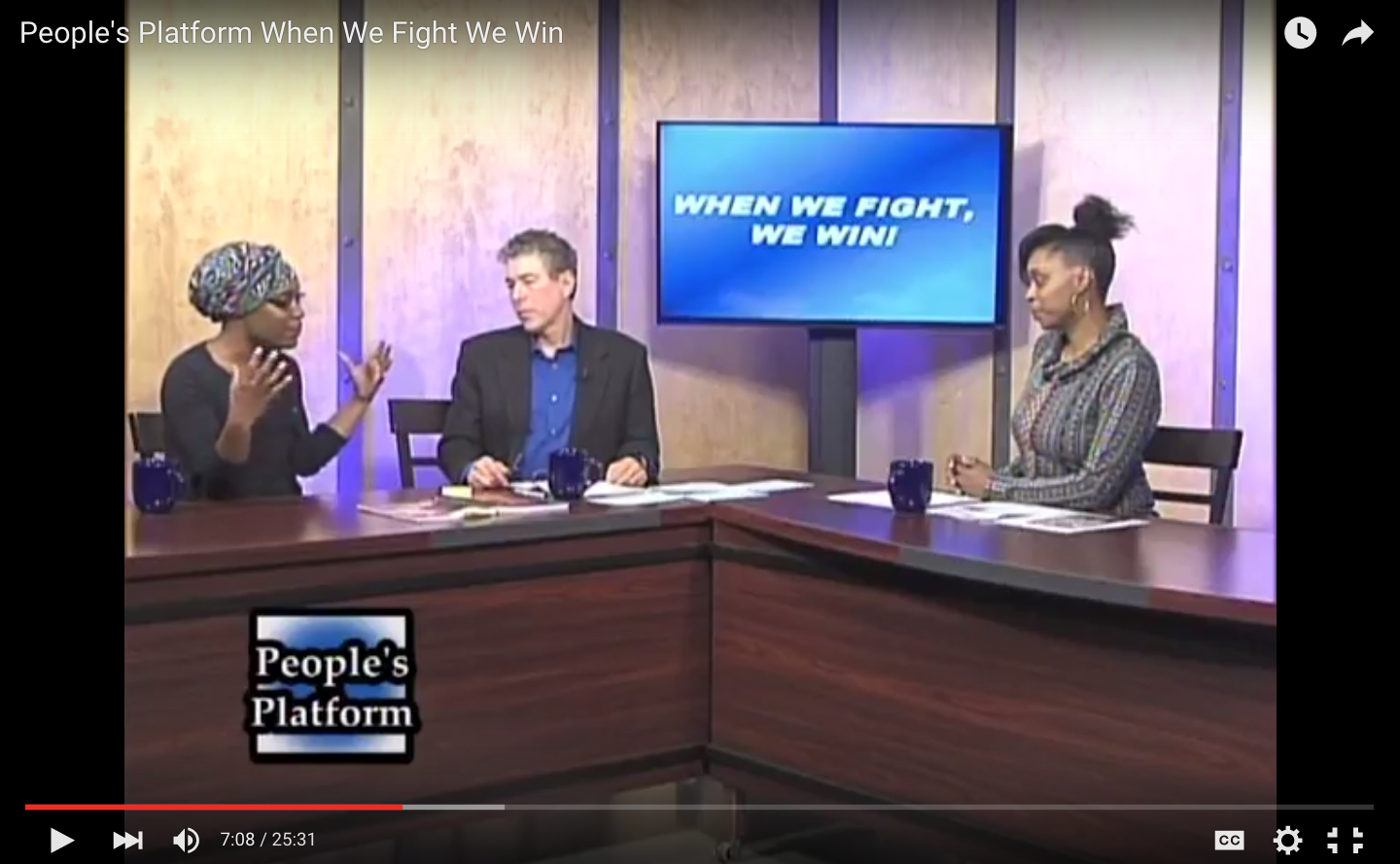 As the campaign for Just Cause tenant protections grows in Boston, the media coverage multiplies. Bay State Banner says, "Members of the Right to Remain Coalition got a boost of confidence and now seek to seize momentum after their campaign for legislation protecting tenants from no-fault evictions received a flurry of media and political attention." Check out the whole story! 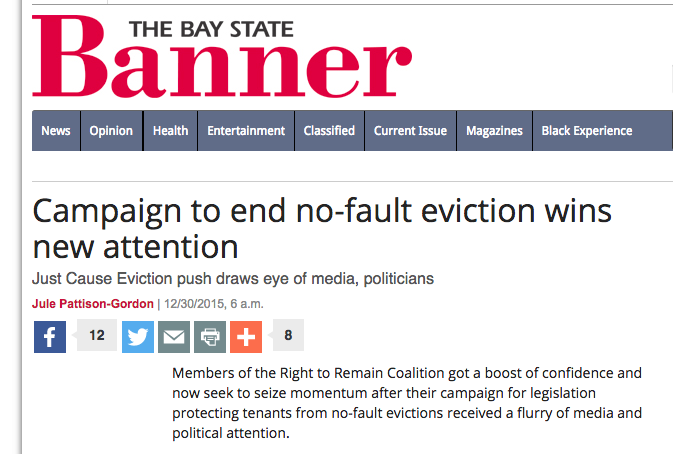 Our iconic leader, Mr. Marshall Cooper, stars in this "Transformations" story. For 6 years, Mr. Marshall has been fighting foreclosure, working with a local nonprofit that wants to buy his home and turn it into permanently affordable housing. Mr. Marshall has been at essentially every action to stop displacement and racism in Boston since 2010. Show your commitment to the movement by DONATING TODAY at www.clvu.org/donate.

Holiday Tree-Lighting for a JUST CAUSE Eviction Ordinance

DECEMBER 16TH, 2015: Over one-hundred City of Boston residents, including representatives of a dozen tenants' associations and individuals facing eviction, lit and decorated a "Justice Tree" with messages of hope for stronger protections from no-fault eviction. DONATE TODAY at www.clvu.org/donate!