What do we want? JUST CAUSE EVICTION LAW in Boston! On Saturday, October 3rd, we kicked off the citywide campaign boldly and beautifully. TEN city councilors and candidates spoke at the gathering in support of the proposed law, including Presley, Wu, Flaherty, Murphy, Baker, Jackson and Yancey and candidates George, Campbell and Clemons. The movement is rolling for Just Cause! Thanks to Right to the City Boston and the Boston Tenant Coalition for pulling off an unstoppable kickoff!

September, 2015: “It’s interesting how redlining is still affecting us today,” Carolyn Lomax of City Life/Vida Urbana says. “People know about it, but no one really talks about it...If we do nothing, nothing will change. But if we come together, what we do now will forever define us.”

READ THE ARTICLE on hyperallergic.com. 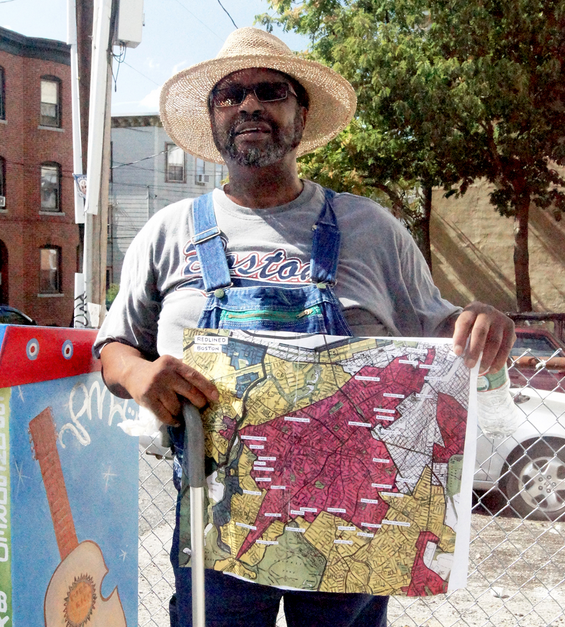 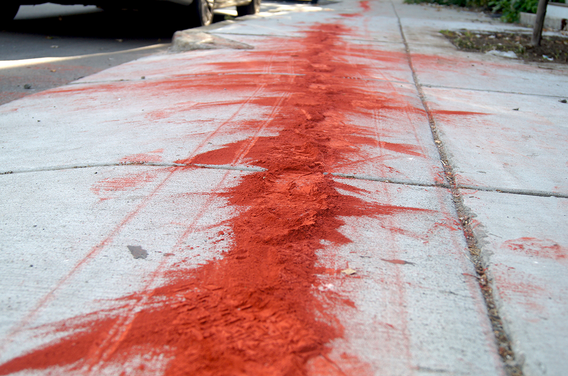 “This is an area of poor people, working people, but we work for low salaries,” Egleston resident Rita Alcaráz said. “The majority of us have two jobs to pay our rent. And so you come and build apartments for people who earn $60,000 or $70,000 a year. Only in our dreams can we afford that.” 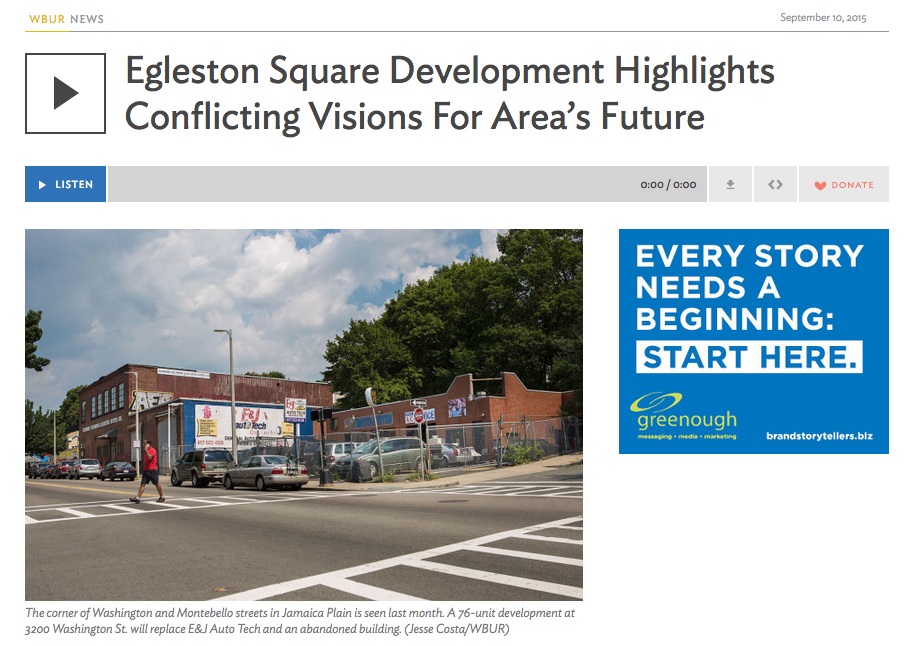 SIGN THE PETITION TO SUPPORT THE MAVERICK ST. TENANTS!: http://maverick-clvu.nationbuilder.com

On August 1st, 2015, 10 families in East Boston were displaced when the back wall of their apartment building collapsed. Tell Mayor Walsh and ISD to respond to the 4 simple demands of these displaced families by signing the petition. It's been 4 weeks now since they've been living in hotels, and it's time for the city to take action.

East Boston Marches for the RIGHT to REMAIN and RETURN

This video is a window into the INCREDIBLE surge of community power in East Boston, the epicenter of Boston's storm of displacement. It's been 3 weeks since about 20 tenants on Maverick Street were evacuated from their collapsed apartment building. They're STILL in a hotel in Revere without kitchens, with little privacy, with emotional stress and longer commutes. To make things worse, school is starting soon, and getting there won't be easy unless they're relocated. Lawyers are working hard on their behalf. In the meantime, as rents increase and displacement continues, neighbors are taking to the streets for the RIGHT to REMAIN and the RIGHT to RETURN!

City Life/Vida Urbana Speaks Up about Expiring Loans on 1,000's of Affordable Units 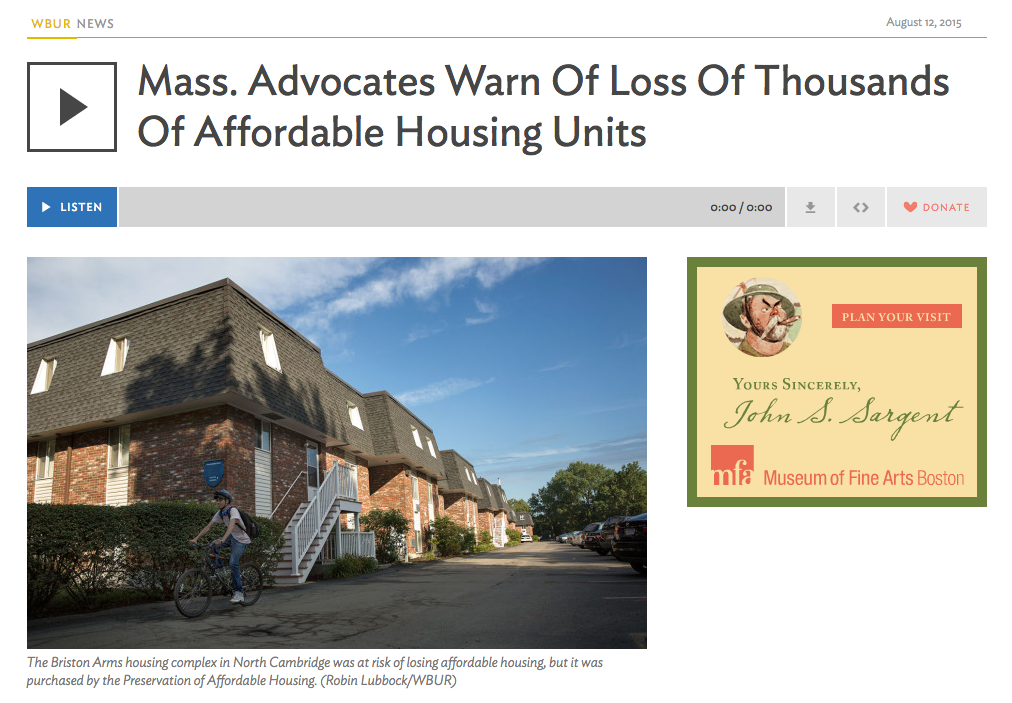 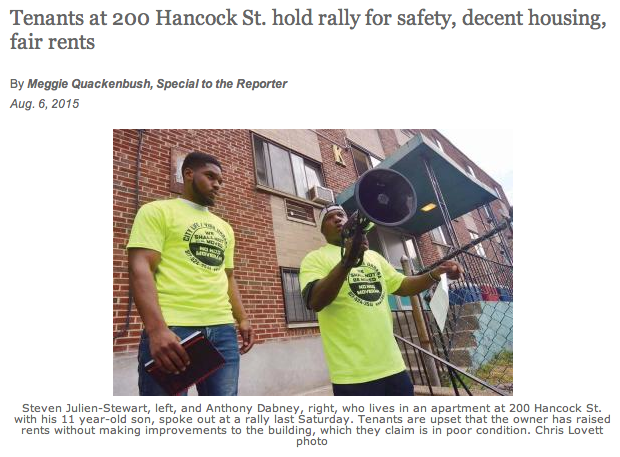 In this video, Dorchester residents testify to the Director of Fannie Mae, Timothy Mayopoulos, about Fannie Mae attempting to sell their homes on auction.com. City Life/Vida Urbana pledges to block any evictions of our members from these homes. Meanwhile, a non-profit group, the Coalition for Occupied Homes in Foreclosure (COHIF), has made several offers to Fannie Mae to buy the homes. COHIF hopes to turn the 5 homes into permanently affordable housing. Fannie Mae continues to reject the offers as evictions loom.

When we fight, we win! Agreement reached with City Realty to keep Section 8 rents affordable! 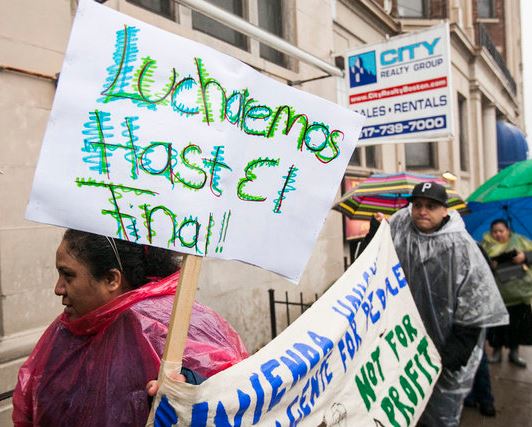 Longstanding tension leads to breakthrough on housing costs in Boston

BOSTON – Tenant advocates and property managers today announced a landmark agreement to increase the availability of affordable housing in the Greater Boston area. Formally signed in May, the Memorandum of Understanding (MOU) [see attached] between City Realty Management,
City Life/Vida Urbana, and the Chinese Progressive Association was a long time in the making – following years of discord between the groups.

“It’s not magic,” said Steve Meacham, housing activist with City Life/Vida Urbana. “It’s just the fact that once you decide to organize and fight back, you have a lot of leverage that you don’t have when you’re acting as an individual.” 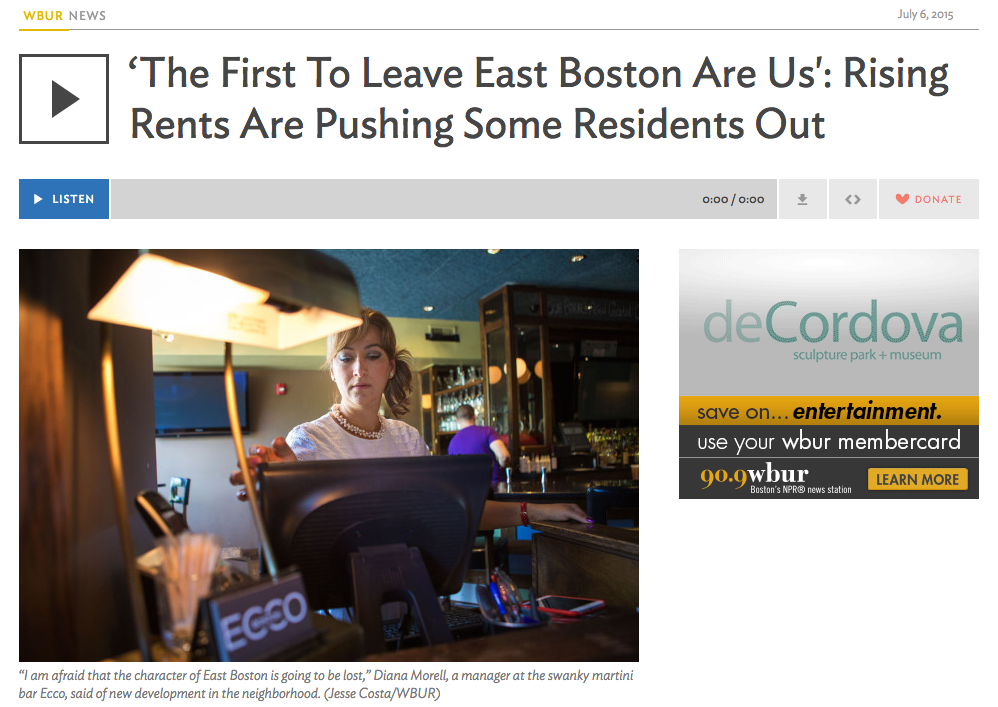