For over 40 years, artists and commercial tenants at the Piano Craft Guild building- commonly known as the Piano Factory have paid rent and contributed to the artistic and commercial value of this building and the surrounding neighborhood. In November of 2017, they were informed that their commercial spaces would be converted into luxury residential units and they would need to move out by January of 2019. There is no reason for this eviction, aside from profit-driven business reasons.

Since November of 2017, the artists have been met with disrespect and an unwillingness to cooperate in move-out negotiations. The cost and time involved in the moving of artists’ works, supplies and heavy equipment is substantial and highly disruptive to their ability to do business. Management originally promised to cover move-out costs and later denied making this promise, leaving the artists with no resources to move out. Robert Lahey, of Shoreline Management Company, told the artists that he feels no obligation to help. These artists who have contributed to the cultural and monetary value of this building and paid hundreds of thousands of dollars in rent, are asking for a proper negotiation agreement.

In the 1970s, the Piano Factory was a designated artists’ workspace including market-rate and subsidized housing, as well as commercial art spaces. In 1995, the owners attempted to cancel all the leases in the building, exploiting the original agreement of maintaining artists’ spaces for 20 years. The owners’ intention was to evict all the tenants, and this ongoing effort to displace the artists has been partially successful. A year ago, one of the other commercial tenants was told that there were no plans for redevelopment of the commercial wing, and “not to worry.” Subsequently several months later all the artists received notices to quit the premises within approximately one year. 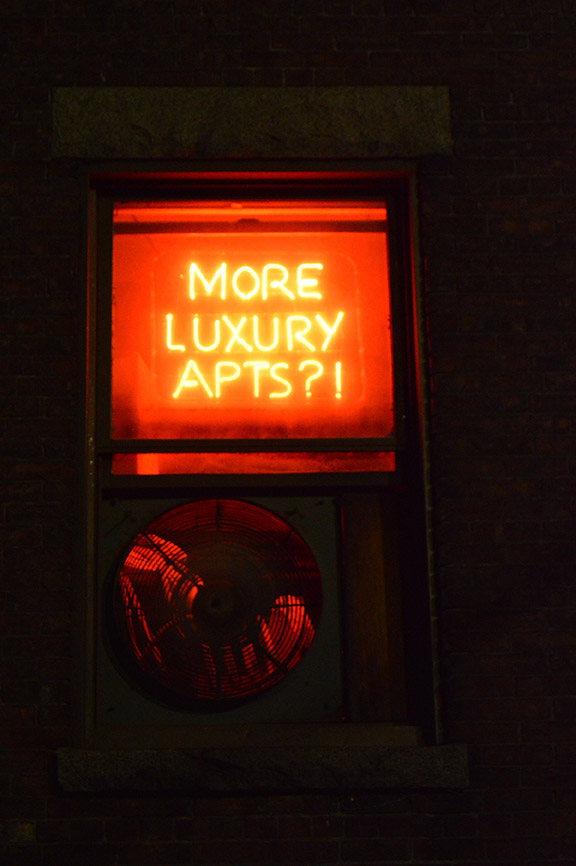 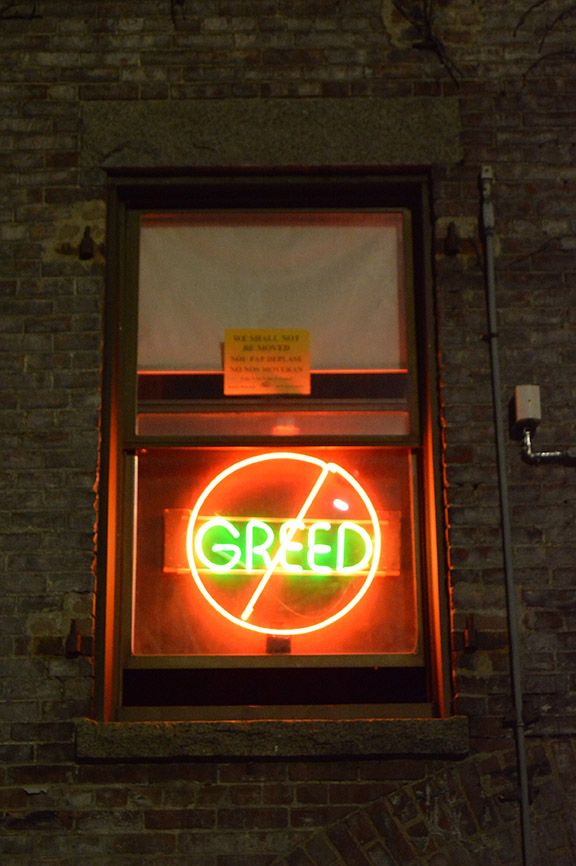 In the past three years the artists have experienced difficult conditions due to encroaching construction, such as excessive heat due to relocation of heating pipes in our walls, improper plumbing, unlawful gas shut-off, and property damage to materials, equipment and finished artworks.  The remaining handful of artists in the building are deeply invested in their multi-decade studios and businesses and do not have the wherewithal to find alternative spaces, move their businesses, as well as maintain a livable income while paying all of the moving costs. There is precedent for providing financial settlements because the Piano Factory provided move-out payments 20 years ago when artists then were being asked to leave.

Now, this building’s artistic value has been used to attract prospective tenants. Boston City Property’s webpage advertises rental units in the Piano Factory, and refers to the building as “one of the most important art spaces in the state as well as in the country.” One of the original owners, Simeon Bruner, boasts on the webpage of his architecture firm that he supports sustainability in the arts including establishing the “Piano Factory housing for artists.” In reality the artists are now being removed solely for being artists, as they are currently all paying market-rate rents and see no other reason for their displacement. The building’s history as a thriving arts community is being used to bolster the management’s image and profits at the expense of those artists who earned the building its reputation.

Together, the artists of the Piano Factory, value their work spaces, community, and relationships. Displacing and evicting artists is a wrongful pattern that has become commonplace in this city over the past several decades. If the owners want to reap the benefits of redevelopment and displacement, they also have a responsibility to negotiate fair settlements for the remaining artists who have made this building what it is today.